Canaan Azzi’s responsibilities range from prototype conceptualization and drafting, to 3D renderings and computer assisted design. Educated as a technical drafter, Canaan has switched ink and vellum for Solidworks and AutoCAD but prefers to draft out concepts on paper first. Responsible for the design of the handheld Nimbus infrastructure mapping current form, Canaan shows great promise and has earned his place as a meticulous, goal oriented and talented team member.

Canaan is an avid Red Cross Disaster Action team member, having earned a meritorious achievement award during Irma for services rendered. A former freelancer, he is fluent in Arabic, EP, and a practitioner of Kali/Eskrima Espada. A commissioned Notary Public, Canaan is also FEMA certified for Active Shooter Response. In his spare time, he is a student pilot, an equestrian polo fan, and a writer. 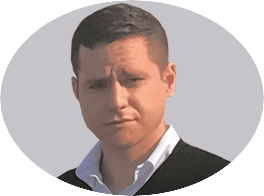