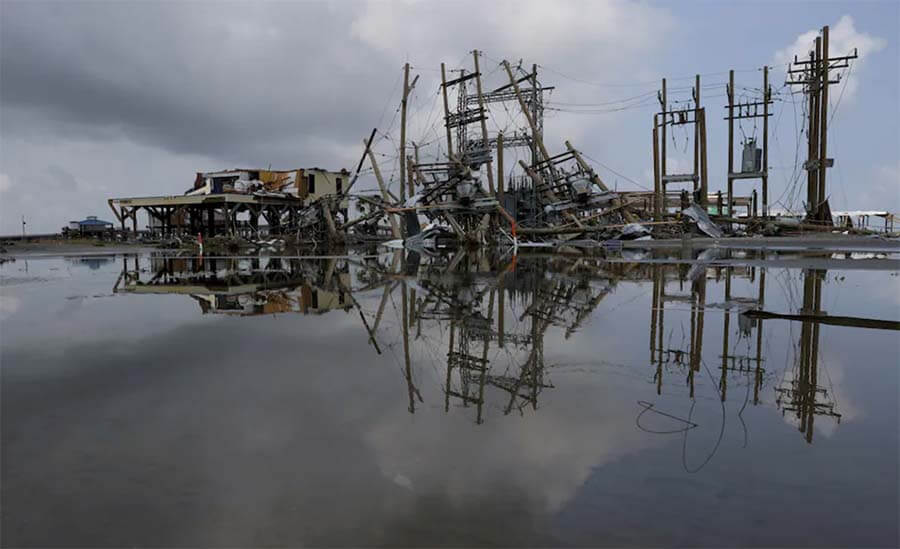 Already, 18 weather disasters costing at least $1 billion each have hit the U.S. this year

2021 is on pace to be among the most active and costliest years for such disasters, which are becoming more frequent

This year is on pace to be one of the most active and costliest years for disasters in the United States.

Through the first nine months of 2021, the U.S. has endured 18 separate weather and climate disasters that have cost at least $1 billion, according to the latest report from the National Oceanic and Atmospheric Administration’s National Centers for Environmental Information.

These 18 events put 2021 in second place for the most billion-dollar disasters behind 2020, when there were 22 such events. Last year shattered the previous annual record of 16 events, which occurred in 2017 and 2011.

A record 22 billion-dollar disasters struck the U.S. in 2020

In recent years, these events have come in increasingly close succession, leaving the nation with little time to recover. An analysis by independent climate research group Climate Central shows the average time between billion-dollar disasters has dropped from 82 days in the 1980s to just 18 days on average in the past five years (2016-2020).

The 18 billion-dollar disasters so far this year have included an array of events, including ongoing drought and wildfires across the West, the severe cold snap in Texas and parts of the South in February, and four landfalling tropical storms and hurricanes.

Hurricane Ida, which ravaged Southeast Louisiana and parts of the Northeast, has proved to be the year’s most expensive event by far, with damages initially estimated at $64.5 billion. That makes Ida the fifth-costliest hurricane in U.S. history, trailing only Katrina (2005), Harvey (2017), Maria (2017) and Sandy (2012).

Population growth and infrastructure expansion also increase disaster costs by putting more assets in harm’s way. Many people are moving into and building in disaster-prone areas.

NOAA’s Adam Smith, who manages the agency’s efforts to analyze these disasters, wrote last year that climate change and the increase in population and material wealth are jointly contributing to their rising costs.

Disaster fatigue: Beyond the price tag

The costs of disasters go beyond lost assets, such as damage to property, crops and critical infrastructure.

The NOAA report indicates that a staggering 538 people have died as a result of 2021′s 18 events, which is more than twice the number of deaths from all billion-dollar disasters that occurred in 2020.

Moreover, the cost of these disasters does not take into account their toll on human health and well-being nor their growing toll on habitat and biodiversity.

Camilo Mora, a professor at the University of Hawaii whose research focuses on the impact of human activities on biodiversity patterns, is concerned about how human-caused climate change is already affecting weather and climate extremes.

“What we are seeing now with these increasing disasters is with just one degree of warming on our planet,” Mora said. “Looking into the future, our best-case scenario is 1.5 degrees of warming, and the worst case is 5 degrees. We have to choose now between bad or terrible outcomes.”

Mora added that this warming and rise in weather disasters could have devastating impacts on ecosystems.

Psychological research shows that climate change can alter an individual’s mental health both directly and indirectly, impacting how we respond to this crisis. (John Farrell/The Washington Post)

The rise in billion-dollar disasters in the United States is especially worrisome considering that it’s difficult to measure how these events are changing in more vulnerable parts of the world, Mora noted. Disasters take an even greater toll on nations with more fragile infrastructure and fewer resources to bounce back in their aftermath.

“The poorest countries in the world are the ones that we know the least about,” Mora said “So if it is already bad in the countries that have the money to study, you can just imagine what is happening in the developing countries.”

Jason Samenow contributed to this report.